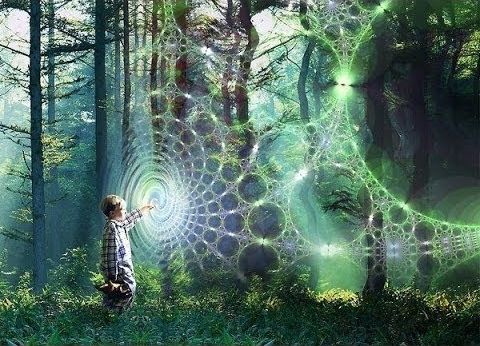 In modern science there is generally an acceptance and an appreciation there is a Newtonian solid world and there is a quantum field that is in some way meta to the solid one. Both of these viewpoints appear to have some reality but how they interact has managed to remain mysterious.

It seems as if the struggle is to believe that the quantum world has to have a solidity itself which impresses itself on the ordinary three dimensional reality. In other words, how can non-physical particles become a solid table top that I can tap with my solid knuckle?

Possibly one of the difficulties in a scientific sense is that the study of sub-atomic particles can only occur using physical instruments. In this way particles are measured by where they have been not what they are. This is in the past not in the momentary present. In a sense there seems to be a elementary divide or chasm between the quantum world and the physical one.

In much the same way there is a lots talked about between the mundane world and the spiritual dimensions; which is now often referred to as 3D and 5D. Along with this there is a vast degree of spiritual arrogance of a wide variety of claimants. It is a sense of superiority of having attained something which the rest have not. It is striking that in the same sentence we hear that everything is One while discriminating those others into a separate camp. In this article I want to suggest a different observation.

It is clear that thoughts, feelings, beliefs and attitudes affect behaviour. If a person changes any one of these they will choose to respond and act in very different ways in order to align with the new one. 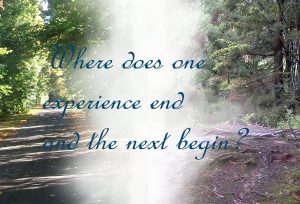 It is clear that thoughts, feelings, beliefs and attitudes affect behaviour. If a person changes any one of these they will choose to respond and act in very different ways in order to align with the new one. Clearly everyone creates their own reality, except it seems when the external reality puts blocks in the way. Or does the changes in responses and actions affect the external equally?

Thoughts, feelings, beliefs and attitudes are internal mechanisms; behaviours, responses and actions are external interactions. The external reality remains fairly stable, reliable and consistent as long as a person remains consistent also. This means that there is a connection between the internal states and the external events. Just as it is known that the quantum field and the physical reality are connected, the way this connection works is a mystery.

Each one of us knows that if we put our attention onto the inside, the inner experience we distance ourselves and separate from the external. As a hypothesis let us label the inner fields as 5D, and the external as 3D. Whatever happens in the 5D directly alters what happens in the 3D equivalent and vice versa. As an example, if I am angry in 5D then I will find someone, something or some event to be angry with. I may claim it is that which made me angry, but in reality the anger was already there.

If I take a moment to let go of my anger I will discover that the person, thing or event are still there doing what they do but I am not reacting to them. If I deal with more of my judgements on the inside I will find myself feeling more acceptance of the others. If I go even further and release my superiority over them I will find compassion for people in general.

What this means in experiential reality is that everything I perceive is a reflection of my inner world. The observable reality is a projection of my internal environment. With this understanding a number of things become abundantly clear. If I want to have what I want then my internal environment must agree and be in alignment. I must be in integrity.

From the dictionary: integrity ~ 1. adherence to moral and ethical principles; soundness of moral character; honesty. 2.the state of being whole, entire, or undiminished: to preserve the integrity of the empire. 3. a sound, unimpaired, or perfect condition.

Now, it is clear as well that someone claiming spiritual or 5D states of consciousness must demonstrate integrity in that what they say must be observable in the external world. Nothing in their world will be causing upset or suffering, to themselves and to anyone else. They will move through the world having what they want without hanging onto it. They can create their wants and needs as they go. They do not plan or set priorities or goals, they know that it is a dream and they can dream anything into being. 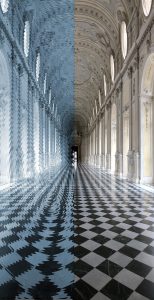 They are not fearful and so they have no need to speak against anyone, but may choose to raise awareness of injustice, and imbalance. It is done without judgement or raised emotion. They do not fight the world they see but recognise that everything is a gift brought to awareness. Seeing it this way gives them clues and signals, a road map of their own inner journey.

So often an individual considers change as difficult. The common feature is that they try to change and they haven't been able to get the evidence that a change has happened. They want to change something while the stories about themselves stay the same. To change anything requires a shift in perspective and when that happens everything looks different. Even their identity is different. They don't recognise themselves. Whatever story you've been living in simply is no longer valid.

It doesn't mean that the past didn't happen but the way you see it has altered. Letting go of the rope that ties the boat to the wharf allows the vessel to go wherever it's propelled. At the bottom of all change technology is the act of letting go! It might be wrapped in a vast array of words, ideas, even processes, but in the end you still have to let go. So how would you like to be able to simply let go?

Yes, there is more to know, and if you want to know more contact me for a zoom call time.